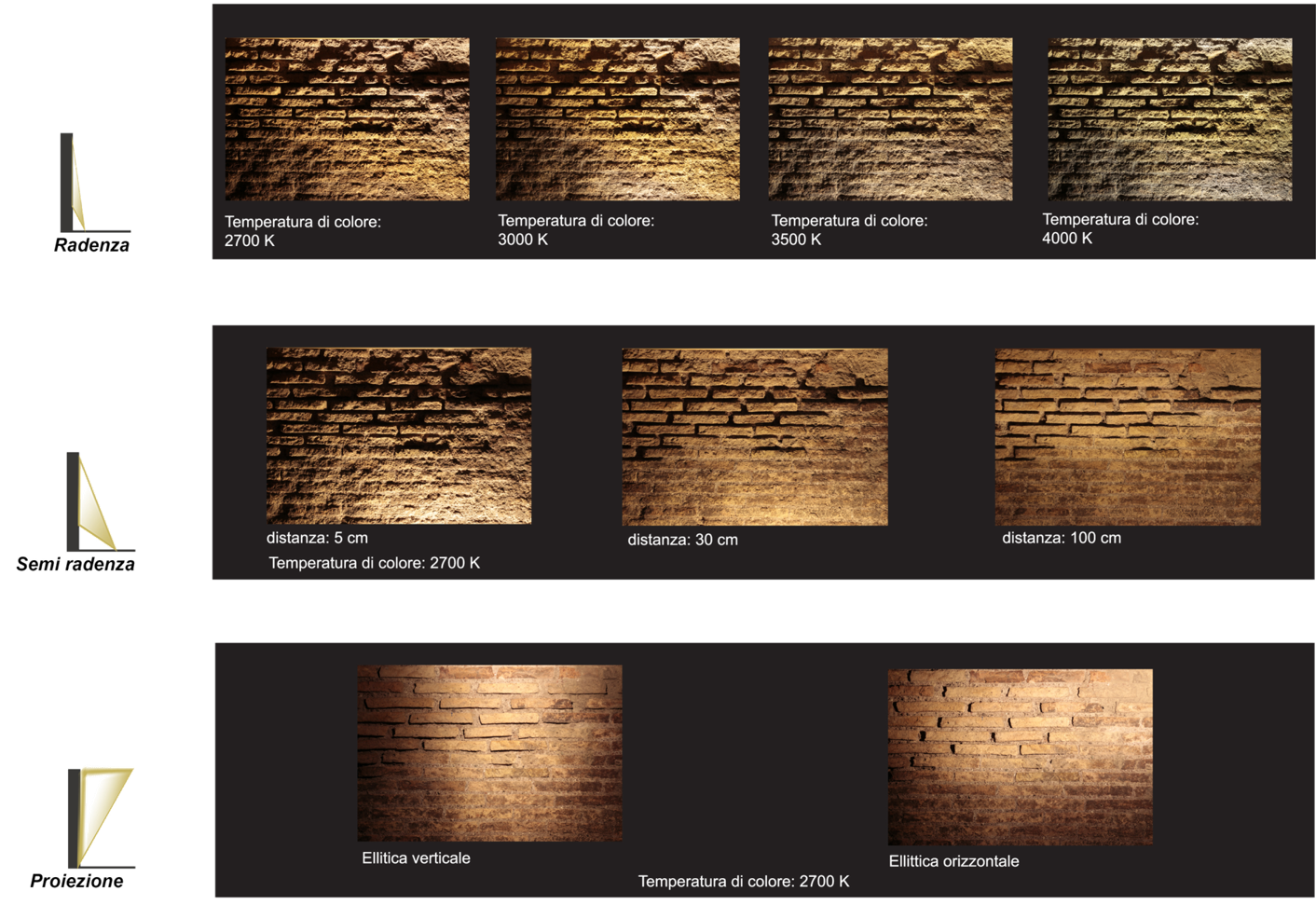 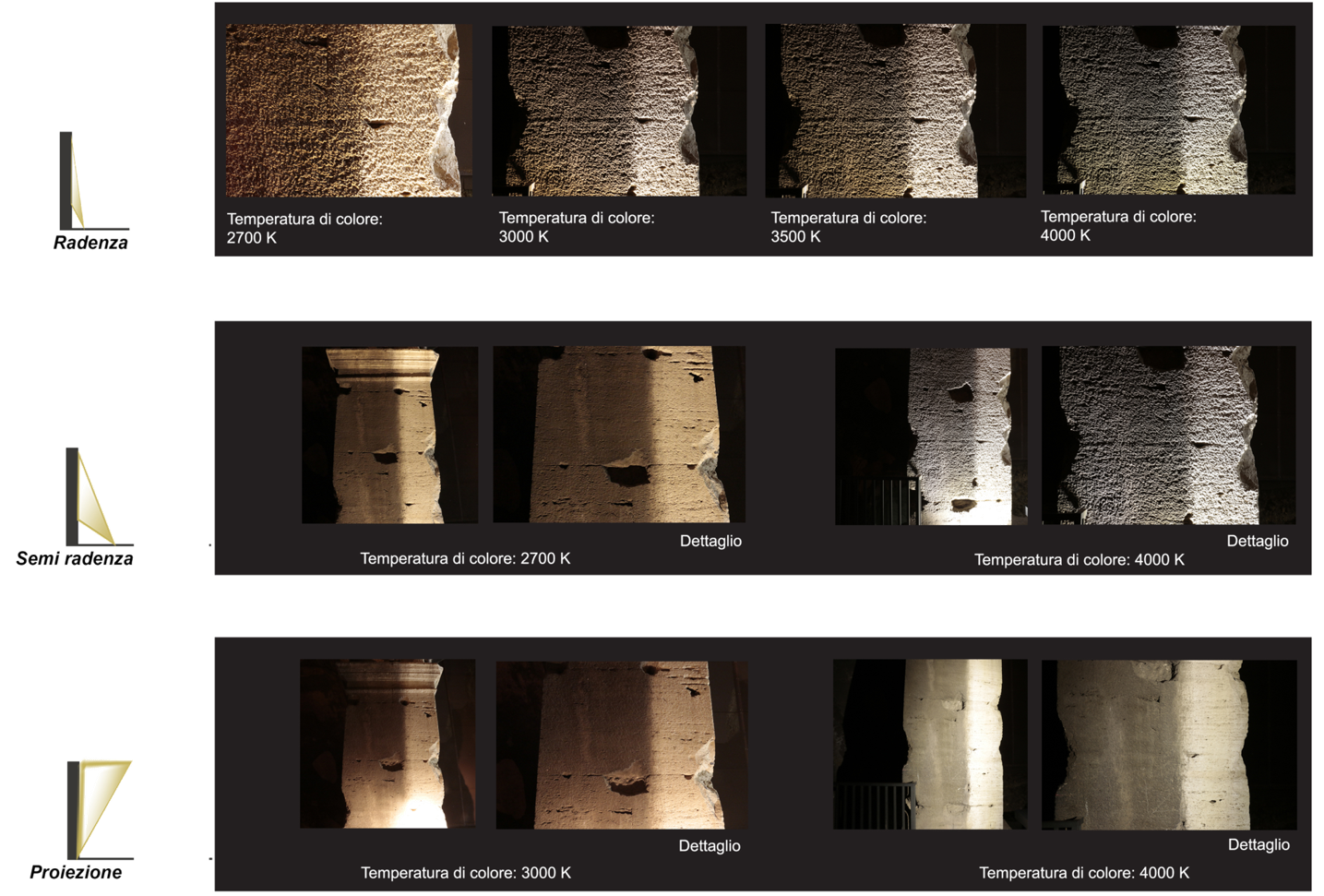 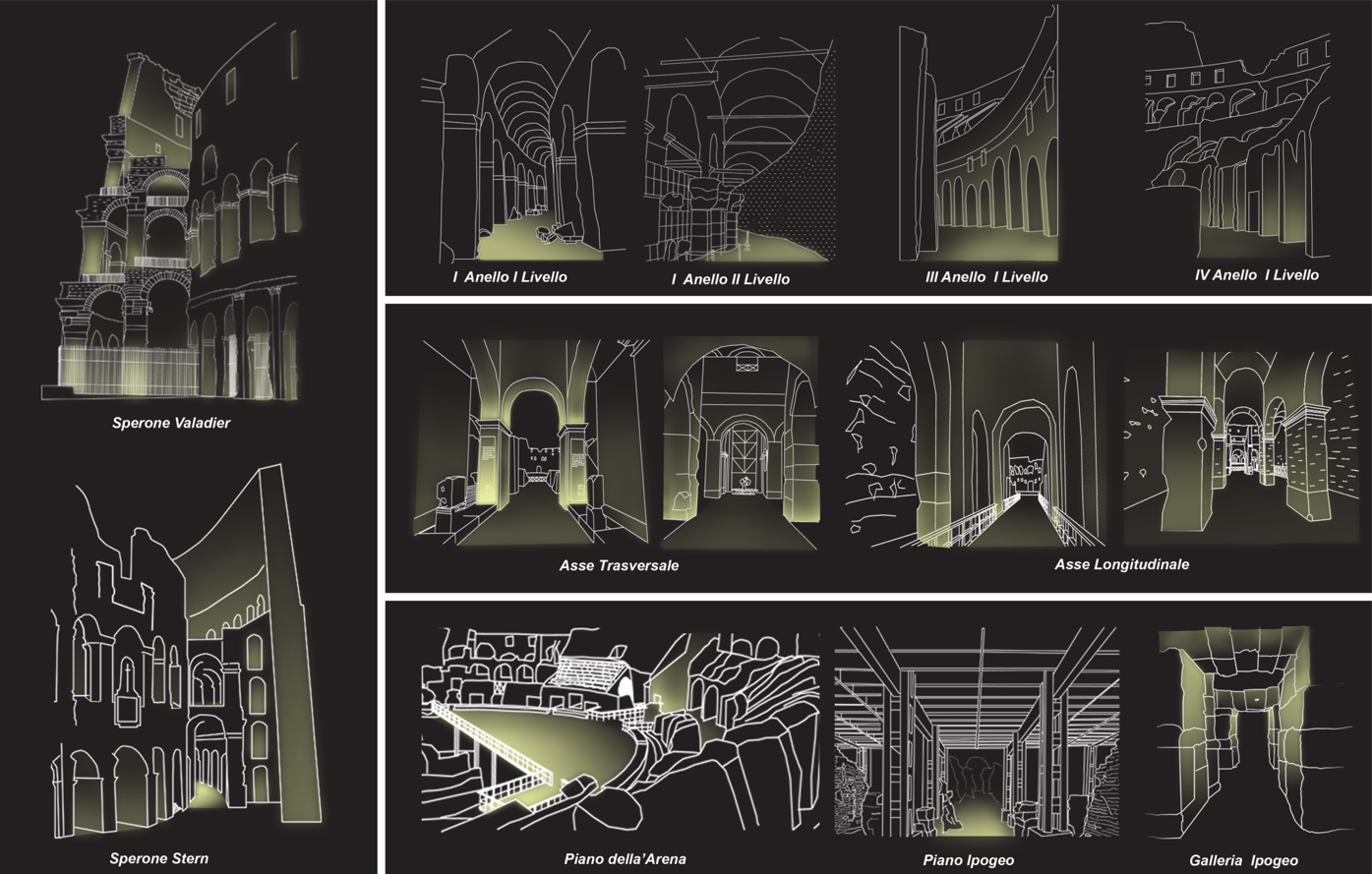 In February 2015, the Ministry of Cultural Heritage and Activities and Tourism with the “Special Superintendence for the Colosseum, the National Roman Museum and the Archaeological Area of ​​Rome” commissions the Master in Lighting Design (MLD) of “La Sapienza” , the project for the definition of design guidelines, aimed at the choice of compatible lighting solutions for the Flavian Amphitheater. The work is divided into two sections. The first, of analysis, aimed at getting to know the Colosseum inserted in its context. The second, starting from the results of the first, comes to define a working methodology, without identifying the design response in a univocal way, but generating a set of possibilities in which those who will take care of the detailed project can move. The analysis of the primary morphological elements and their evolution over time is the key to an interpretation of the monument as a whole, the matrix of design reason. Outside, starting from the perceptual analysis of the monument in its urban context (static and dynamic), it was considered appropriate to maintain a reading that highlights the solids and the grid represented by the voids. The complexity of the internal architecture is broken down through the different levels of reading (horizontal, vertical, inclined) and the primary elements that compose them. A methodology was hypothesized that allows to establish perceptive hierarchies, as well as to develop more interpretative hypotheses and more scenarios adaptable to the different situations of use of the monument. Finally, an aspect to which particular attention was paid is the insertion of the monument at an urban level, in an attempt to overcome the lack of dialogue with the context that characterizes it today, recreating that right dialogue with the city, starting with the area archaeological site to which it belongs